Situation in At-Tanf and Rukban 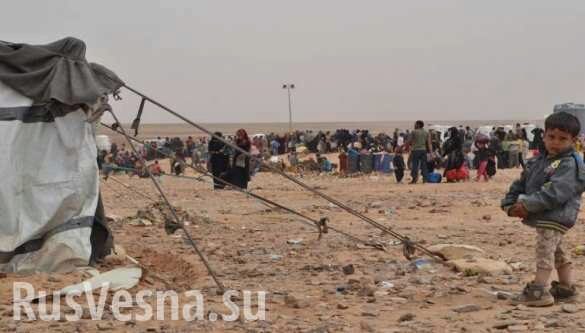 At the present time American military presence is preserved in the At-Tanf zone. The USA claim that it is aimed against Iran's increasing influence.

Fight against ISIS* is no longer emphasized, although gangs still roam Syrian desert and continue to use At-Tanf territory as transit zone.

At the same time, as stated in an interview with Defense Post on September 22, U.S. Special Representative for Middle East James Jeffrey, neither Pentagon nor State Department consider it their duty to take care of civilian population in spontaneously appeared «Rukban» camp, which is not recognized by the UN as an object for systematic budgetary aid due to unresolved status of the territory and lack of security guarantees for employees of international organizations.

Thousands of Syrian opposition fighters from «Kuwat Shahid Ahmad Abdo», «Usud Sharqiya», «Leewa Shuhada Al Qaratein» and a number of others are also in Al-Tanf zone. These groups also include former ISIS militants and that fact was admmitted by field commanders themselves in their interviews.

Training of fighters by the Americans continues. There is working «At-Tanfah Military Council» headed by former Syrian Arab Army captain Muhammad (aka Ahmad) al-Tala'a of «Kuvat Shahid Ahmad Abdo». A significant number of militants and their families live in separate camps, some of them — in Rukban.

«Rukban» itself is fenced off, entry and exit through the checkpoint is only permitted by the Military Council (i.e. the militants).

There is a police regime and a prison within the camp. There is also a clinic with Jordanian volunteers, but it can only provide primary care. The pharmacy operates on a commercial basis.

The camp is divided into sectors of different clans, communities and tribes. Back in 2017 their elders were forced to declare their loyalty to the so-called «Rukban Civil Administration» consisting of friendly opposition supporters.

To control the loyalty of the self-governance, a political organization, the «Ar-Rai» party, was established. It also included 10 representatives of media wing from among the oppositional to Damascus journalists, most of whom are permanently based in Jordan. It is this wing which is responsible for publishing various statements on behalf of «Rukban's self-governance» and its residents, i.e. all this is a fiction.

The population is divided by the degree of kinship and loyalty of the militants. This gradation also distributes humanitarian aid with medicines and food. Foreign media have repeatedly reported outrage of illegal armed groups in Rukban. Americans do not interfere in the situation in the camp.

In addition to humaniatarian aid supplies Rukban residents are also provided with assistance from the Bedouins, for whom At-Tanf zone has historically been a transit area for seasonal nomads.

However, most camp residents do not have the opportunity to live normally and can only survive. Families of the majority of the militants are not luxuriating either — they are all hostages to the situation (border with Jordan is closed, there is no supply through it, and the Jordanian authorities have repeatedly stated that Rukban camp should be disbanded and all the refugees should be cared for by international organizations and Syrian authorities.)

The formation of «commandos of the revolution» — the «Magawir Al-Saura», created by the USA is in fact a folding screen for the rest of the militants, which Washington allegedly no longer finances.

Let's recall that in late 2017, in order to reduce U.S. budget, the number of «Magawir Al-Saura» was officially reduced by the Americans from 250 people to 80. However, only two hundred to three hundred militants are involved in controlling Rukban, moreover -- on a rotational basis. Raid patrols and roadblocks in At-Tanf, government intelligence -- these are the tasks of U.S.-backed groups.

In the beginning of September before humanitarian aid arrived in the camp, there was a UN mission and Syrian Arab Red Crescent (SARC) mission. They estimated number of remaining refugees to be at least 13,869, more than half oh whom wished to leave for Syrian-controlled territory (the mission's information's based on what community elders told; the leders have also got names lists).

UN officers have pre-examined that nothing happened to the refugees who had left for SAR and that the vast majority of them had arrived at their former places of residence or those chosen to live, mainly in Homs, Damascus, Deir ez-Zor and in southern region.

Note: As of last November only 300 people remained in detention centres for Rukban residents («Al-Bara Bin Malik», «Mahattat Madrasa», «Mahmoud Uthman» and «Abdurrahman Shatur», located in Mkhin area of Homs province) and they either were still undergoing verification by Muhabarat or wishing to change address of a further settlement in SAR.

It is important to understand that Muhabarat receives lists of those who wish to leave in advance and informs who will be checked, i.e. exact number is known. These are men of draft age, which is figuratively every fifth person leaving.

As of September 28 this year, 2,500 people were agreed to leave through «Jleb» crossing point from At-Tanf zone. However, only 336 people arrived. According to their words they were only able to pay $300 each to the militants, while the rest were not releaseв by IAG. In the wake of this At-Thanf Military Council released an ultimatum to the UN representatives, which it did not hesitate to voice on Internet — to deliver more humanitarian aid, including medicines, to pay for the treatment of a number of militants and their relatives in Jordanian clinics.

Apparently, illegal armed group leaders are planning to spend the winter in Et-Tanf. It is known that the Americans offer them to move to Trans-Euphrates region and help in American fight against Iran and also to protect Syrian oil and gas fields and transit routes seized by Washington.

But this issue has not yet been resolved for various reasons including trends in the situation in Iraq. It is worth recalling that «Hasheed al-Shaabi» groups, which together with other Iran friendly groups are involved in ensuring security along the Syrian-Iraqi border, including are to the east to At-Tanf zone, have been drawn into the intra-Iraq conflict, inspired by the United States as well. The Government crisis and further aggravation of the situation may also lead to terrorist threat increase in borderline areas.

So far militants remain in At-Tanf and still need Rukban's refugees as human shields. The fact that representatives of Western NGOs operating in Jordan, including some members of the United Nations missions, have been repeatedly convicted of trying to intimidate refugees with the threat of reprisals by Syrian authorities if they leave for Damascus-controlled territories, testifies to the fact that they are are blackmailing international community with refugees and that is silently approved by the West. This is opposite to the contrary conclusions reached by other UN officials who have inspected results of refugee repatriation in Syria.

However, planned departure of those wishing to leave the camp before 5 December did not happen yet again. No one can get into the evacuation buses without permission of the militants (and if he does, he will not be allowed to leave the camp). And the militants, with the connivance of the United States, do not give such permission.

* A terrorist organization banned in the Russian Federation. 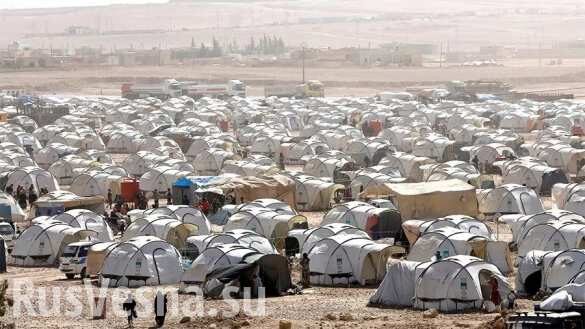 Fugitive from hell at US base: a Syrian tells what is really happening in the closed zone (VIDEO)
24.11.19, Другие новости 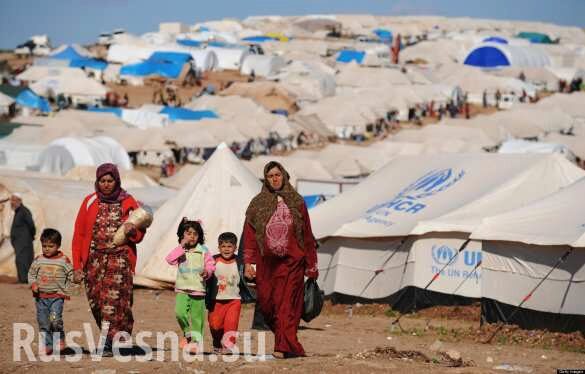 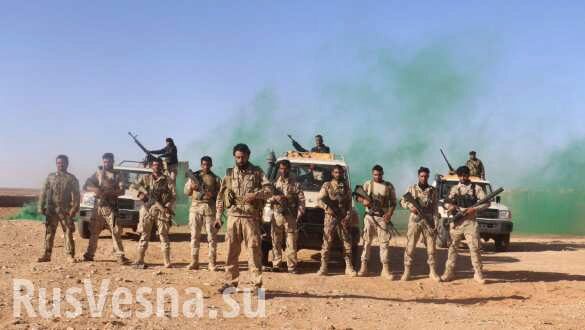 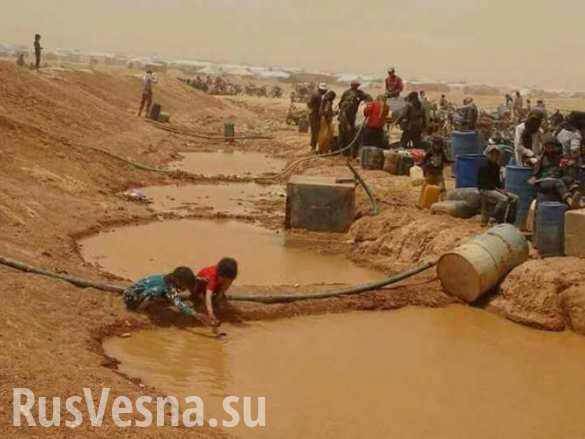 When Will America Stop Starving People in the Ruckban Camp?
15.12.17, Другие новости 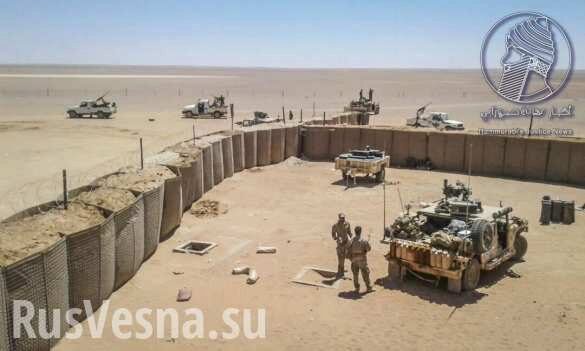 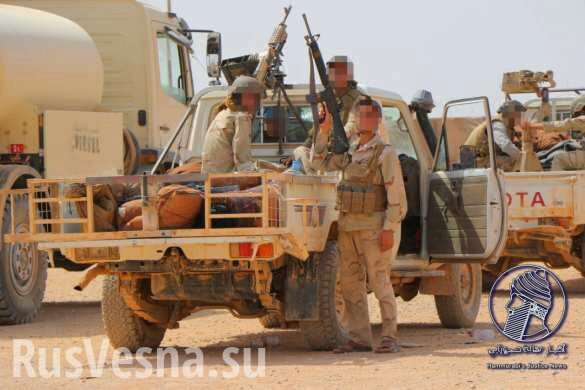 Suicide Bombers Being Trained At The US military base
10.10.17, Другие новости
Лента новостей 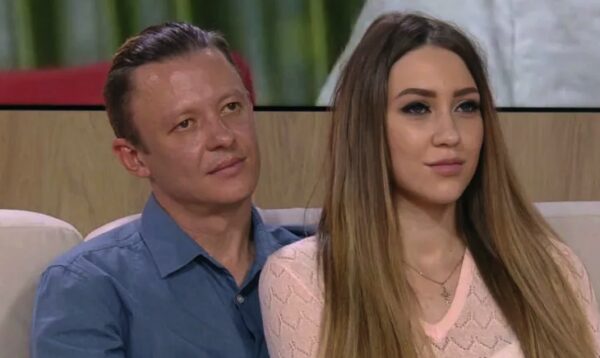 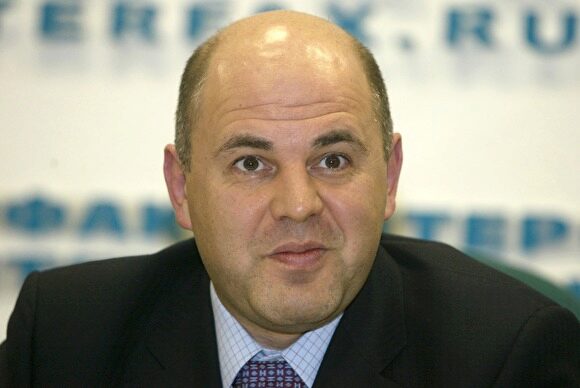 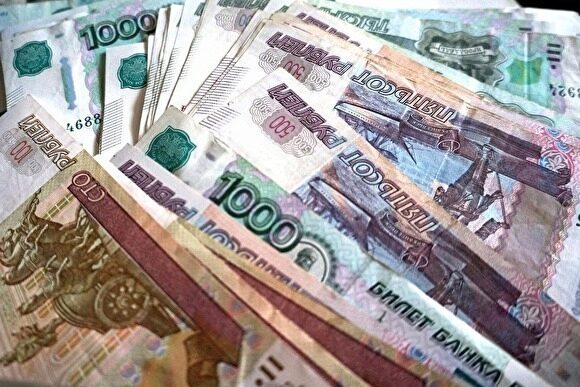 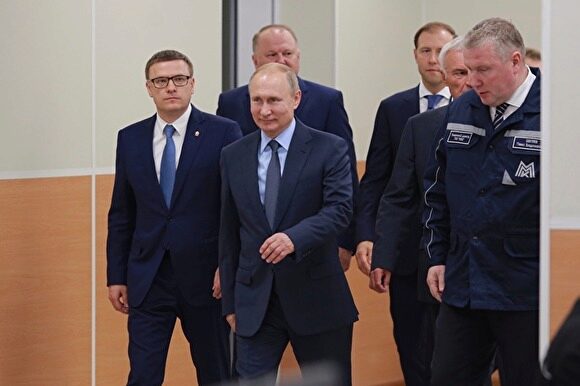 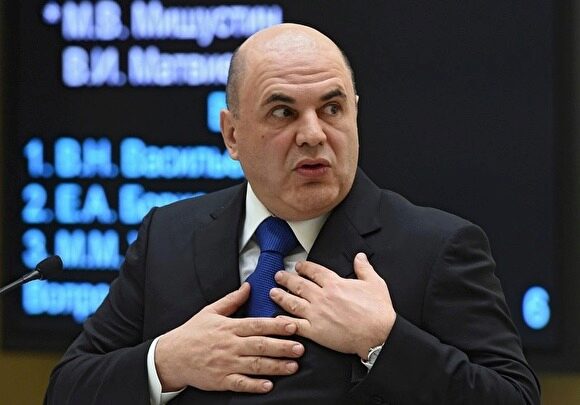 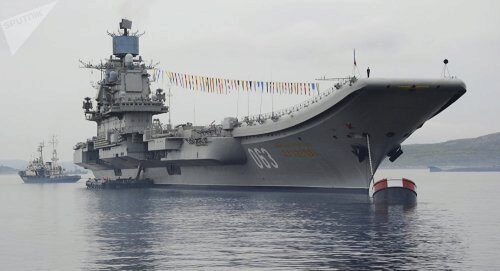 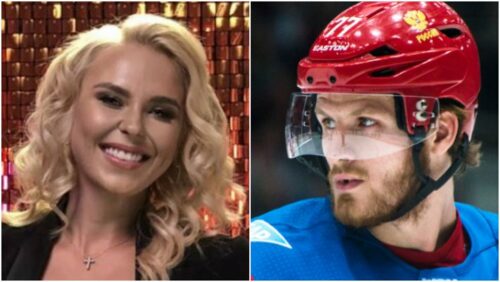 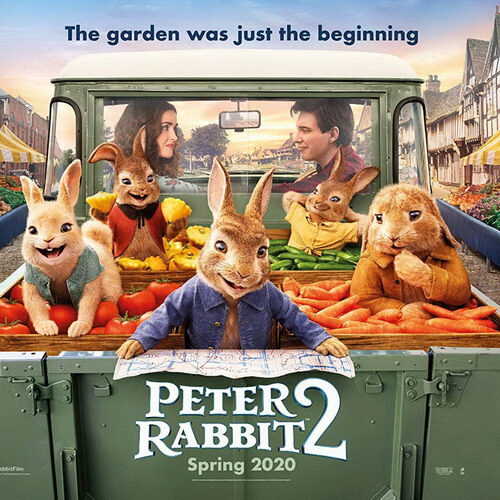 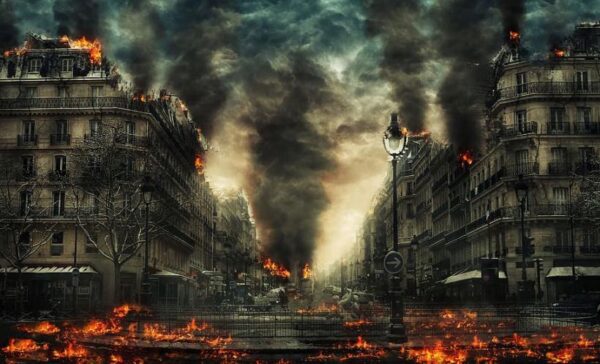 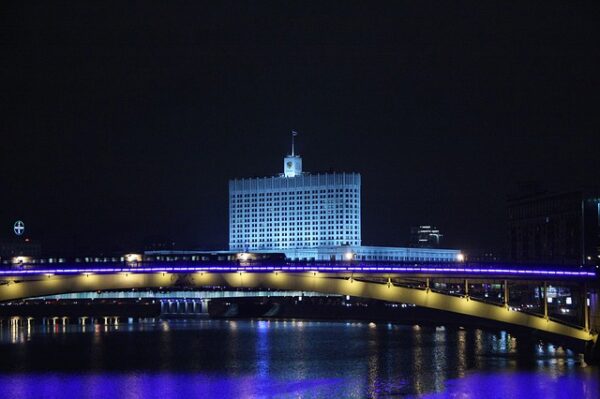 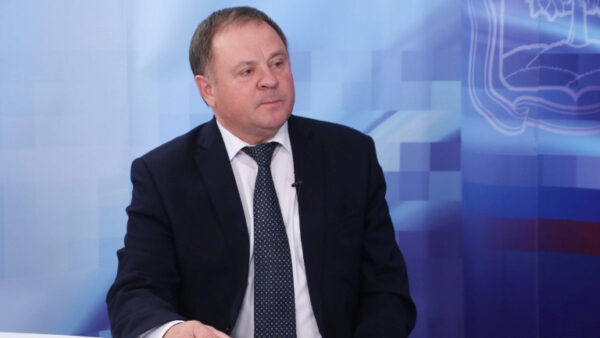 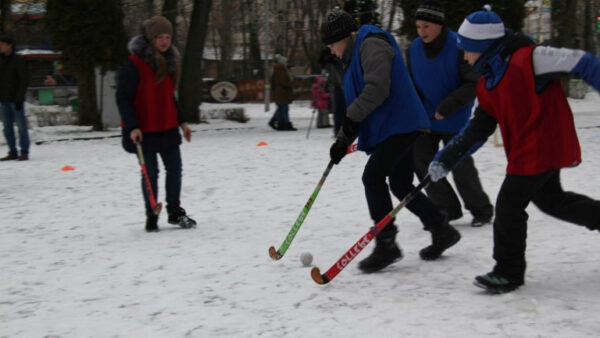 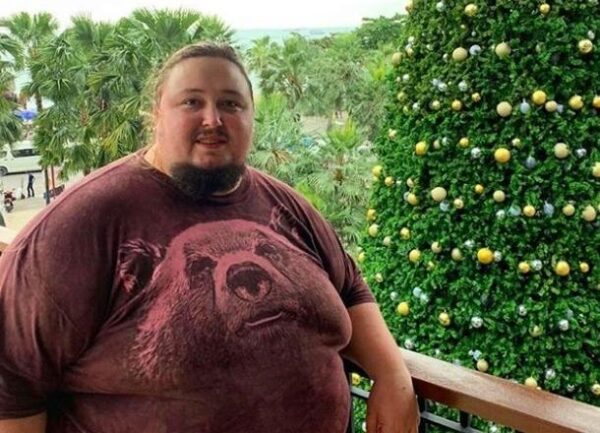 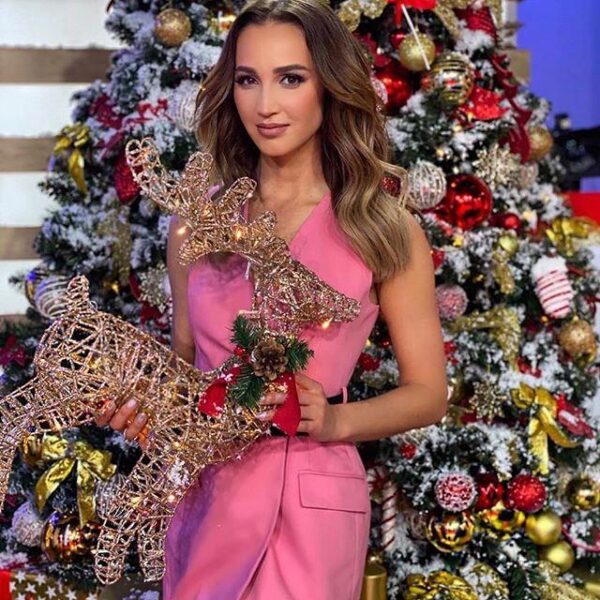 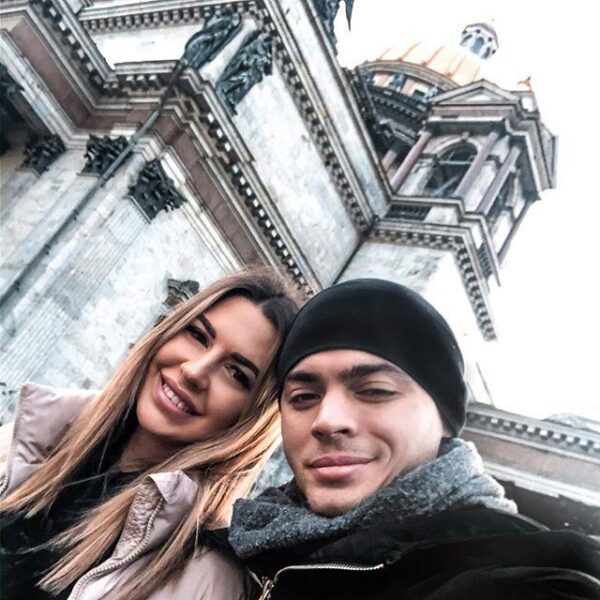 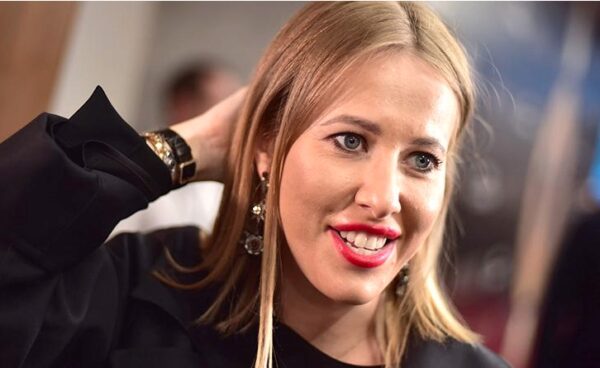